Max Evans has had a busy week 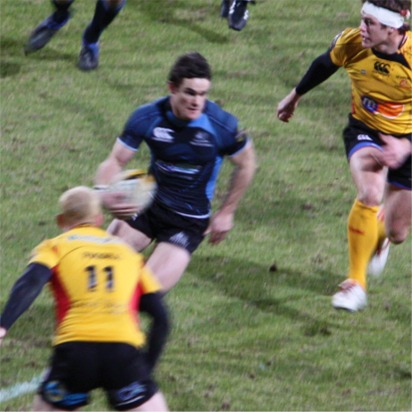 Max Evans has had a busy week.  Fresh from being acquitted by a jury of his peers at Edinburgh Sheriff Court, he received a yellow card in today’s Six Nations Ireland v. Scotland test match.

Earlier this week, a jury took less than an hour to decide that he did not assault a man in a nightclub by glassing him in the face.  Evan’s lawyer described him in court as “decent, measured, polite and honest”.

Fast forward to today’s yellow card, which was for bringing down Keith Earls off the ball.  Having being shown the card, Evans protested to the referee, saying “I didn’t even touch him.”, which subsequent video replays prove was not the case.

This, of course, is in no way relevant to his credibility as a witness in a criminal trial.