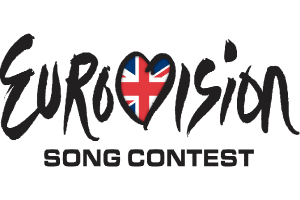 Voting in the Eurovision final

In all participating countries, the televoting and jury voting result in two ranked lists of all songs;

Televoters can vote via the official app, telephone and/or SMS. The voting window opens after the last song has been performed, and ends 15 minutes later. These votes determine 50% of the outcome and are gathered by the EBU’s voting partner digame;

Professional juries are also required to vote. They determine 50% of the outcome. The jury, which consists of five members (including a chairperson) is the same jury that voted in one of the Semi-Finals. They will watch live and rank all songs based on the second Dress Rehearsal, the so called Jury Final;

Since traditionally only 12, 10 and 8-1 points are being given, countries ranked outside of the top-10 do not receive points. Also, televoters and juries cannot vote for the country they represent;

If there is a tie between two or more songs in the combined ranking between televotes and the jury, the song that obtain a better ranking from the televote will prevail over the other;

Based on the combined full ranking of all songs of televoting and jury voting, each country will distribute 1 to 8, 10 and 12 points; The combined results of jury voting and televoting will be presented on air during the Final by spokespersons in all participating countries. As usual, the points 1 to 7 will appear on screen. The spokesperson will then reveal 8, 10 and 12 points.

The full result, including the televoting and the jury result in every participating country will be published on Eurovision.tv after the Grand Final

This new procedure is also known as the ‘double majority’ rule.

The blocking minority must include at least four Council members representing more than 35% of the EU population.

When the Council votes on a proposal not coming from the Commission or the high representative a decision is adopted if:

An abstention under qualified majority voting counts as a vote against. Abstention is not the same as not participating in the vote. Any member can abstain at any time.

This entry was posted in European Law, Just for Fun and tagged European Union. Bookmark the permalink.